Ghana
Kenya
Nigeria
Tanzania
Contact
Library
In primary care, antibiotics are among the most frequently prescribed drugs. But they are often used inappropriately to treat patients with acute respiratory infections (ARIs). Most patients with ARIs don’t need antibiotics, as most ARI cases are self-limiting viral infections. The inappropriate use of antibiotics is a driving force for the spread of antimicrobial resistance (AMR), a serious public health problem.

The two main aims of this study were to quantify antibiotic prescriptions for the treatment of ARIs and explore the factors that underlie antibiotic (overprescription in primary care. In two outreach and mobile primary clinics in Nairobi, a mixed-method study was conducted, and data collected on M-TIBA was analyzed. By using the mobile platform as a data source, it became possible to link the diagnoses patients received at clinics to the medications prescribed at pharmacies. In addition, interviews were performed with clinicians and patients to explain the findings.

The data showed that the most frequent patient diagnoses were ARIs (38.8%). Of all prescribed medications, 25.6 percent were antibiotics. Furthermore, almost 80 percent of ARIs were treated with antibiotics; this exceeds levels recommended by national and international treatment guidelines.

The interviews resulted in insights from both clinicians and patients. Clinicians cited high patient load as the main reason for overprescriptions. Some patients stated they would visit another health facility if not provided with antibiotic medicines. Mothers of sick children also insisted on antibiotics because they perceived the disease as more severe than it was.

Overall, the findings demonstrated the clear potential of mobile health platforms to successfully quantify antibiotic prescriptions in a real-world setting. 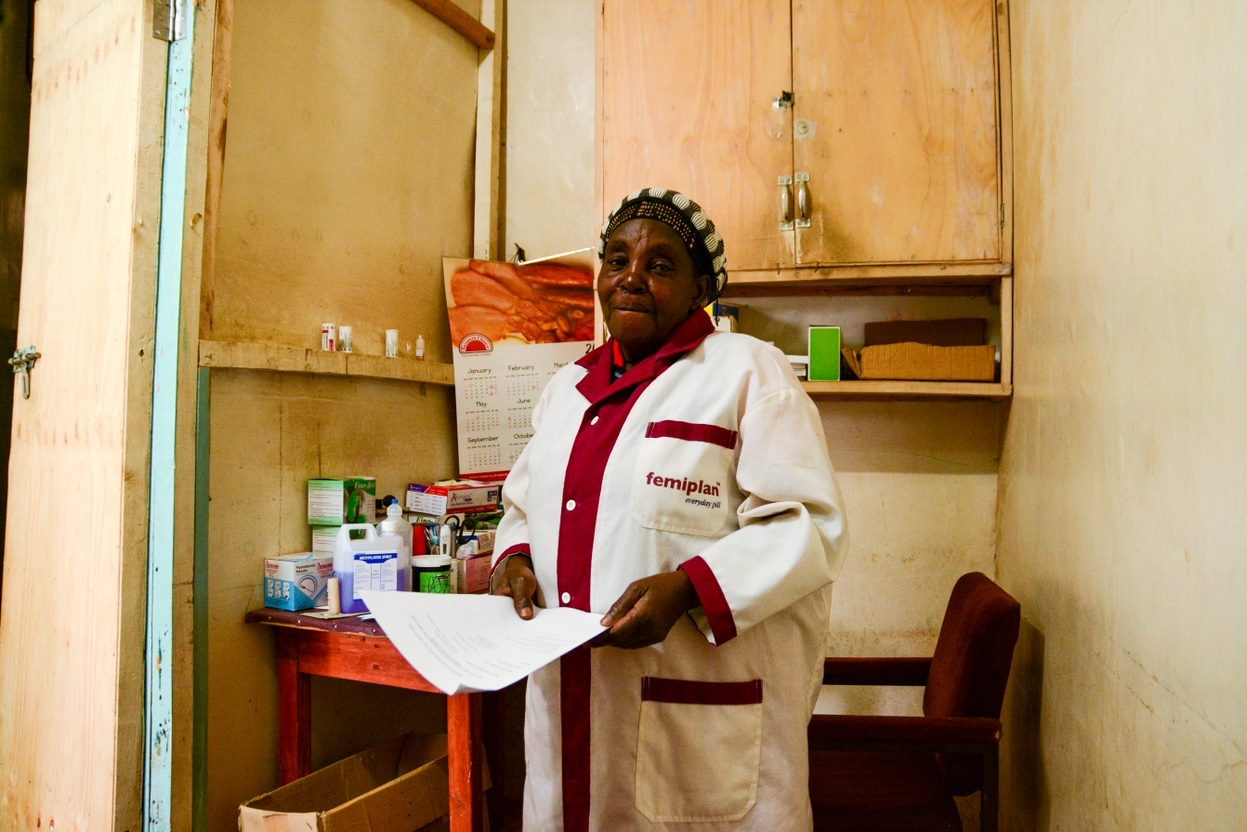 In collaboration with PharmAccess and INSEAD Humanitarian Research Group, Drs. Kennedy Abuga and Dennis Ongarora from the University of Nairobi (UoN) performed several studies related to drug supplies in low-income settlements in Nairobi. The partnership between these three institutions facilitated the multidisciplinary approach to the studies, relating the outcomes back to the impact on society.