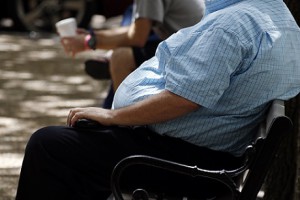 Currently more than one in ten men and one in seven women across the globe are obese, according to the world’s biggest obesity study (20 million adults | 700 researchers across the globe). The study, published in the journal The Lancet, calculated and compared BMI (Body Mass Index) among adult men and women from 1975 to 2014.

The data revealed that in four decades global obesity among men has tripled from 3.2% in 1975 to 10.8%. Obesity among women meanwhile has more than doubled, from 6.4 % in 1975 to 14.9% in 2014.The research team predicts that if this trends continues by 2025 roughly one on five of the world’s population with be obese. And severe obesity will surpass underweight in women by 2025. Nonetheless, underweight remains a public health problem in South Asia and central and East Africa.

Three researchers from the Academic Medical Center, Department of Global Health/Amsterdam Institute for Global Health and Development were involved in this global study as members of the Chronic Disease Collaborating Group. They shared the impact research data that was captured in the Kwara State Health Insurance Program.Among others data on the prevention of chronic diseases. This program, implemented by PharmAccess and funded by the Dutch Ministry of Foreign Affairs through the Health Insurance Fund, offers patients access to affordable healthcare.