Tanzania Health Summit (THS) an advocacy platform established through a collaboration between public, private and non-profit organization, since 2014. The forum which is held annually, offers the opportunity to unleash innovation and provide an interactive forum to explore and shape the future of healthcare system in Tanzania and beyond.

In 2020 PharmAccess Tanzania sponsored a two (2) hours symposium during the summit. The symposium which took place on 25th November, 2020, the first day  and immediately after official opening by guest of honour. The theme of this symposium was ‘Universal Health Coverage, a dream or reality? How can designed scheme(s) reach informal sector and indigents?

The panellist’s team was composed of high-level officials from government and institutions with experience in supporting the government efforts towards achieving UHC. The panellist came from the MoHCDGE, PORALG, NHIF, World Bank, TASAF, Ifakara Health Institute and Swiss AID/HPSS   representative

Our objectives of the session were:

Closing remarks were given by Permanent Secretary from PORALG while the symposium was opened by Country Director Dr. Heri Marwa.

In addition to organizing the symposium, PharmAccess featured prominently in the proceedings of the summit in the oral and poster presentation sessions. A total of six abstracts were submitted by PharmAccess staff from different projects and these featured in different sessions during the two days Summit.

In developing countries we have more than 23M people who can access HIV medications. This big success came in less than 20 years; however, the beginning was not smooth as most of us think.

In 1990, most patients in developing words, including SSA, suffering from HIV were not able to access treatment due to poverty. Despite of the situation that was present in SSA, the founder of PharmAccess did not accept the status quo.

The founder and his fellows started to advocate the supply of medications to SSA. He started to work with the private companies in order to start the program on HIV treatment for the poor. Then, the world followed to accept that it’s possible to provide medication to the developing continent of Africa despite the existing challenges in healthcare workers and low per-capita spending on health infrastructure. Today, we have increased advantages to speed-up the UHC because we can learn from developed nations, and more importantly, we have technology on our side.

The use of the technology help us to utilize data for identification of the poor, enrolment, provision of benefit packages, data analysis and access to service. All this can be sped up by the technology and ensure everyone can access healthcare without financial hardship.

How can designed insurance schemes reach the informal sector? By August Joachim – IHI Health Economist
In Tanzania, the informal sector is the largest, which plays an essential role in income generation. More than 30% of the population are poor, and around 10% are living in extreme poverty.

Community Health Insurance has a significant role in covering the majority. CHF is a transitional instrument towards UHC, and it is appropriate for ensuring the majority are covered.

The major challenge remained is how to increase UHC in the informal sector. Are the people willing to enroll? Do they know the benefits? Are they able to pay?

Other challenges include poor enforcement of laws and regulations for extending the coverage, difficultness in collecting the premiums and the high cost of administrations, which can be close to 30%of the paid premium.

Furthermore, voluntary enrolment of the schemes during time of crisis, for example, those who have a high incidence of getting the illness are enrolled during the time of sickness, strategic purchasing who get what service? How much willing to pay for service providers.

Healthcare Transformational Reforms in Rwanda, Ghana and Tanzania
Countries’ experiences, such as Rwanda, Ghana, and Tanzania, have undergone a transformational reform in healthcare delivery. Rwanda and Ghana started to implement user fees during the 70’s while Tanzania began around 80’s. However, the user fee was difficult for the majority of the population in those countries. Later, different schemes were introduced like TIKA, CHF, etc., with other formal funding such as donor contributions and tax. Currently, the country’s iCHF coverage is only 4%compared to Rwanda (80%) and Ghana(40%).
Rwanda’s success is because of political will, automation of healthcare services such as medical supplies and equipment, increased awareness, and collaboration between the community and the government. There is also stratification of the scheme’s population, e.g., the poor, middle, and high earners.
On the Ghana’s side political will and accountability, innovative ways for reaching the informal sector, and transparency were key in success. Their primary government financing includes 2.5% of the tax collection and another 2.5% from the employee’s social contributions, which covered the lower population. The most successful innovative way was using digital saving schemes and support services like insurance information on what has been contributed, what is left, and alert messages on health coverage once the service is provided.

“The WHO 2010 reports indicated a loss of 20-40% of the financial investment due to inefficiency, which is the area where technology should be embraced to cover the gap”

In Tanzania, the government has put much effort in coordinating different stakeholders working on health insurance. It also has restructured its insurance schemes, such as TIKA and iCHF, which has led to the introduction of the purchaser-provider spirit.
Despite the robust efforts by stakeholders to subsidized the schemes to as low cost as 30,000per house hold, the coverage is still insignificant.
To complement its coverage, the government introduced free health services to the poor(pregnant women, under-fives and elderly), which comprise of 10% of the general population.

Other efforts that have shown light in increasing the informal sector’s inclusiveness, is the emphasis to use a national ID, and business ID for information and reliable data that are critical for resource allocation. Health Information Management System is also a promising tool to improve efficient management of resources.

The Government is Planning to develop single health insurance; this will increase community accessibility of healthcare services from both private and public health facilities.

Panel
Dr. Heri Marwa, Country Director- PharmAccess Foundation
One of the areas where we can benefit in technology is transparency and efficiency. In Ghana, PharmAccess is working on an initiative to phase out NHIA cards and be replaced with mobile accounts. It has also been linked with a taxpayer identification system that can determine how much one should pay the premiums yearly. In Kenya, PharmAccess introduced M-TIBA, a closed mobile account that can only be used for healthcare. In Tanzania, we have introduced MomCare to stratify the community health contributions so that the cost of health services tallies the family income status. When asked on how ICT has helped NHIF to reach the informal sector programs, the representative from NHIF, Mr. Hipoliti Lello, responded that, currently there are several systems that make it easier for members to from the informal sector to do registrations, for instance using mobile phones. He also claimed that the process has decreased from 50 to 7 days due to the support of ICT. NIHF registration has been simplified from paperwork and documentation to just using mobile phones with the details from NIDA card numbers. In the future, the NHIF plans to use mobile phones and NIDA to access healthcare services.

How can the poor access both public and private healthcare?
Dr. Ntuli Kapologwe (MD, MPH, PhD) ,Director of Health, Social Welfare and Nutritional Services explained that iCHF was meant for rural communities. Then the scope was expanded to include the urban population, whereby the product TIKA was introduced. In the rural, 90% of health facilities are owned by the public versus the 10% owned by the private. There is a need to increase the coverage through private sector inclusion. The government is targeting to reach 15 percent coverage in the next 18 months. There is also plan to develop single health insurance(universal health insurance); this means the community will access the services from both the private and public services.
Mr. Hipoliti, NHIF representative, added that there are low as 192,000/- Tsh premiums depending on the age of the principal member and family size. For farmers, we have discounted to 76,000 per head for one-year premiums. There is also a dunduliza program for those who can not afford a single installment 12 times. At the moment the NHIF cardholder can access up to 8,000 health facilities to both private and public. Dr. Grace Maghembe – Directorof Curative Services, MoHCDGEC shared his views on enrollment of the community to the insurance schemes.

“Looking at NHIF, we have 9% enrollment. CHF and iCHF, the involvement is not that big; hence we are missing something. There is insufficient community enrolment due to poor awareness and low understanding. Our effort should be geared to change people’s minds on why the community should join health insurance schemes.” 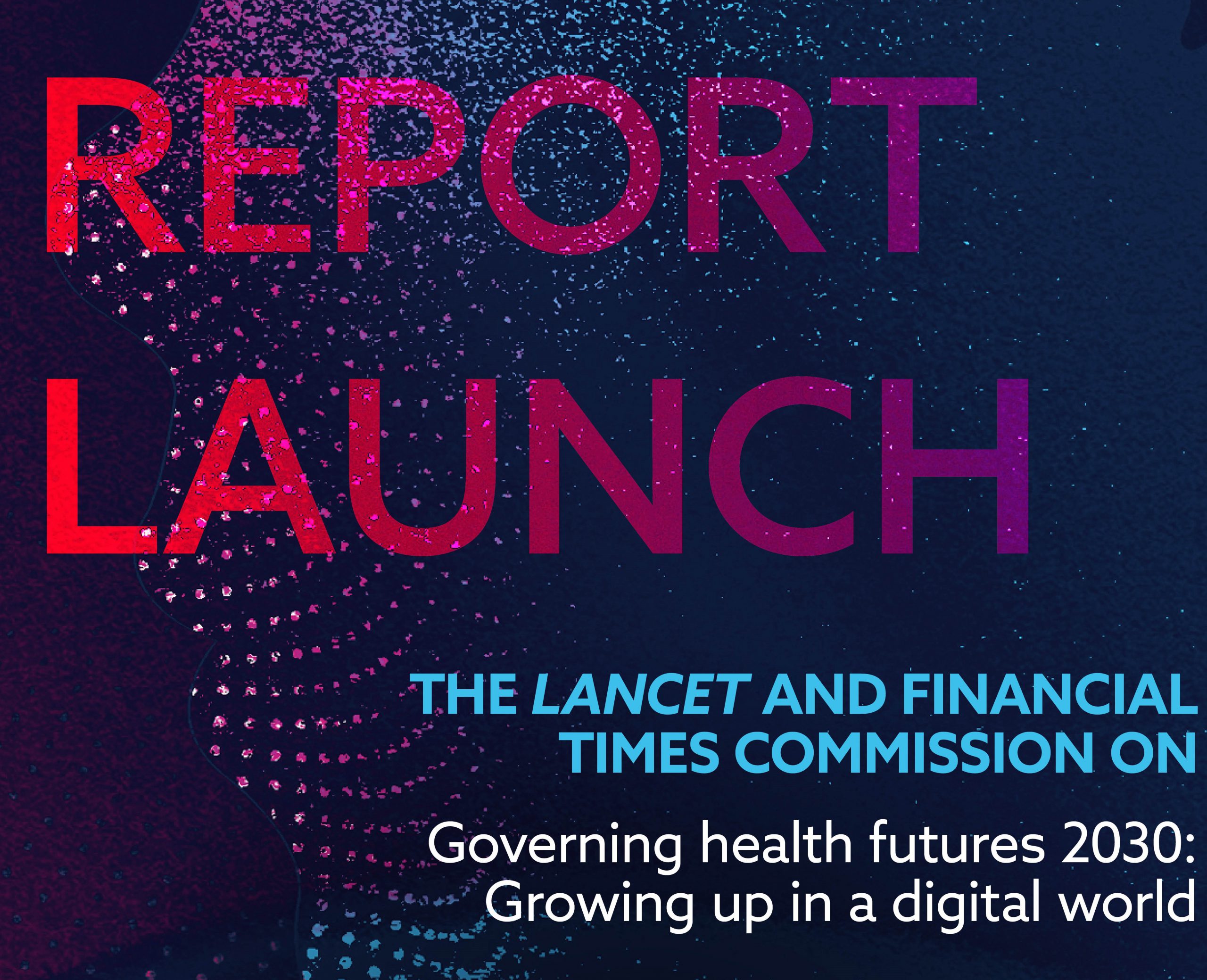 The Lancet: Our future health depends on radical change in approach to digital technologies, experts say

Digital transformations can improve health for all people around the world. But this is only possible if digital technology is governed in the public interest rather than for private profit, according to a new Lancet and Financial Times Commission on Governing Health Futures 2030: growing up in a digital world.
Nov 01, 2021 publication 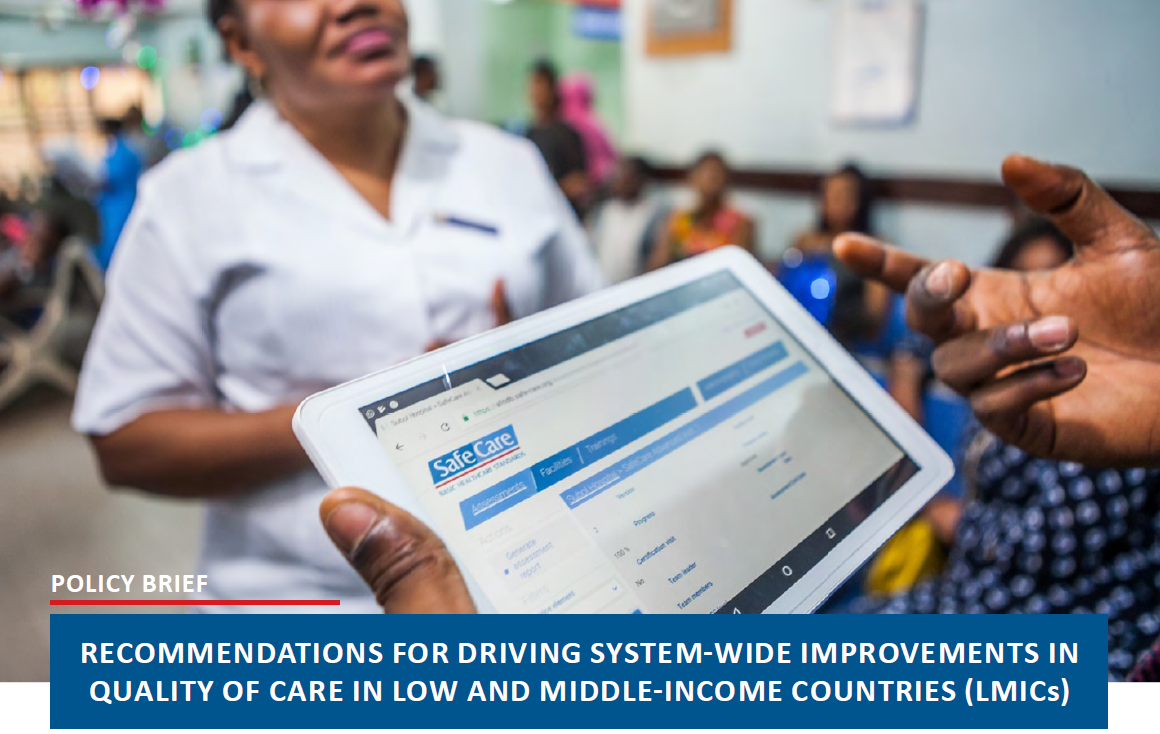 For the purpose of making a recently published study on SafeCare easily accessible and understandable for a broad range of relevant stakeholders, PharmAccess created a policy brief.
Aug 06, 2021 publication 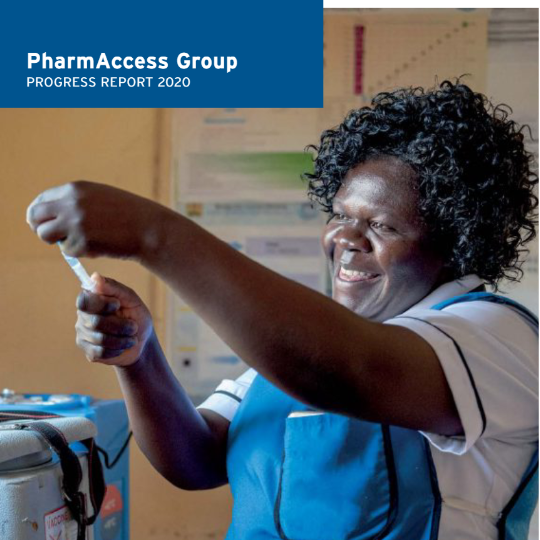 Our Progress Report 2020 is now available. In this Report we set out how a quality, low-cost sustainable health care sector can look like.