The honorary doctorate was presented to Van Rooijen for his achievements in the national and international fight against AIDS and his commitment to global health.

The first part of the event, which took place on the 9th of January at the Oude Lutherse Kerk, was the ceremony acknowledging the departure of outgoing UvA rector magnificus Professor Dymph van den Boom and the transfer of the rectorship to Professor Karen Maex. Following the ceremony, three honorary doctorates were awarded to international refugee law expert James Hathaway, cultural sociologist Michèle Lamont and Van Rooijen.

Honorary supervisor prof. Dr. Marcel Levi, until recently CEO of the AMC Hospital and Professor of Medicine at the AMC-UvA, presented the award to Van Rooijen. “Peter van Rooijen is a prominent pioneer and leader in the field of HIV-care and in the fight against aids, both nationally and internationally and his list of achievements just keeps on growing. For example, in his current capacity as executive director of ICCS he has managed to strengthen the voices of those with HIV within international aids advocacy”.

Before the honorary doctorate was awarded a short video was shown highlighting Van Rooijen’s achievements. Watch it here. 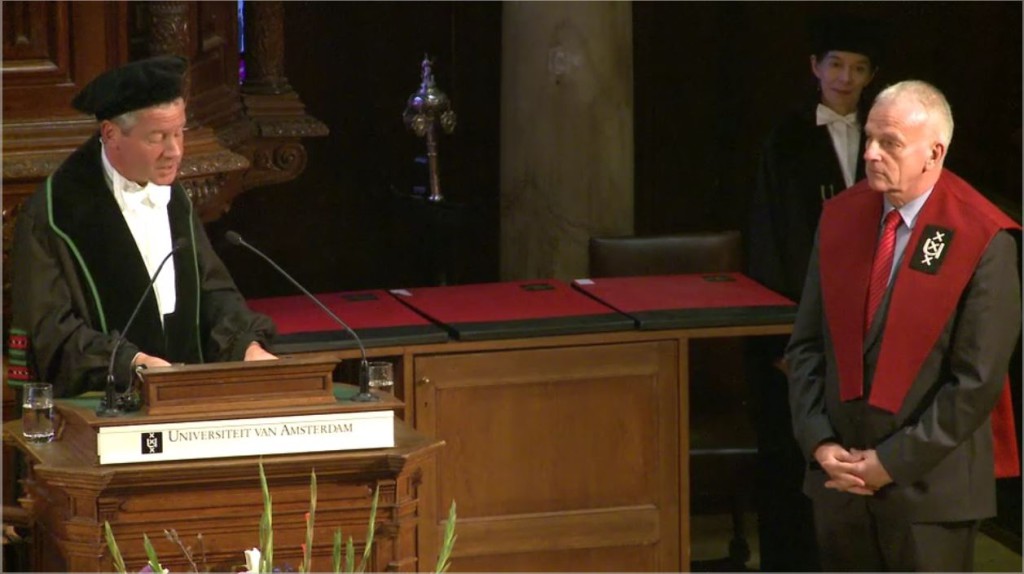